What people say about us

We love the Pudding Run and think it's a great event - but don't just take our word for it! Check out a sample of what our runners have to say...

In short: Last did this race 9 years ago and it is just as good as ever

In full: Other races could learn an awful lot from the organisation of this race. Faultless.

Great little race and a PB by over a minute...come on sub 36 you will be overcome soon!

Very well organised with possible the youngest bag drop team/chip time printing team in the history of the sport....well done you guys!

“Hi, Just wanted to say thank you to everyone involved with the Pudding Run - the marshalls were fantastic, as were those who cheered along the route...and will be back again next year :D” – MF 2012

“To all on the Pudding Run Team. Many thanks to you all for all your hard work in making this year's race go so well, it was so well organised and one felt very safe with all the friendly marshals on hand to assist with the safety aspect and encouragement shown .To all those who must have worked so hard behind the scenes, a very big thank you, you are a credit to yourselves and the reputation of Bromham. Thank you” - MB 2012

“Dear Race organisers and Volunteers, I thought it appropriate to send you all a massive "thank you" for putting on such a fantastic event, the atmosphere the whole way around the course was one of encouragement and celebration. It was also fantastic to see so many young children helping out with bag collection and the handing out of finish times! Congratulations to all” - NW 2012

“Hi, Do you have a provisional date for the 2013 Pudding Run? Given the turn out from our Club we are considering putting in our 2013 Championship." - MB 2012

YOUNGEST SET OF BAG ATTENDANTS EVER!

“Just a quick note to say thanks again for arranging the entry. I managed to come in 8th, get a PB by over a minute and now have a good chance at a place in my club championship. Please also pass on my thanks to the rest of the team, especially the youngest set of bag attendants I've ever seen, as the whole event was very well organised. Speaking of which now I know about the race I'll be sure to enter earlier next year!" - RC 2012 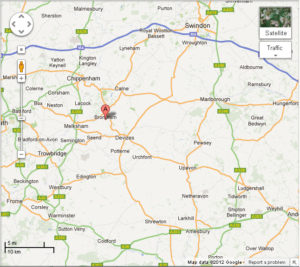 The Pudding Run is organised by the Friends of Bromham St Nicholas VC Primary School and all profits help the school.

Marshals and helpers are members of the committee, their families and villagers and a big “Thank you” is due to them for all their hard work.